The Story Behind Hermès Vinyl Kelly 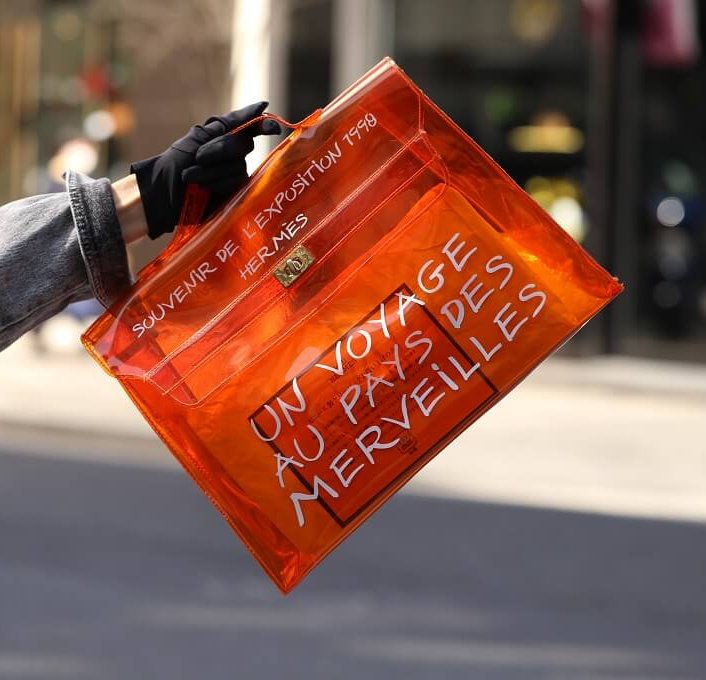 A Devastating Year For France

In 1995 a series of terrorist attacks devastated France. From July 25th to October 17th several bombs exploded, killing 8 people and injuring 157. The targets of those bombs were the public transportation system in Paris and Lyon. They were carried out by the Armed Islamic Group (GIA) to induce the French government to withdraw support from the the Algerian government in the Algerian Civil War.

In 1996 Hermès sent out a special kind of invitations to their Spring and Sommer Fashion show: a transparent PVC Kelly bag, shaped like a regular Kelly bag and with Gold hardware. These bags were produced to show solidarity with the victims of the attacks and guests were encouraged to put their belongings in them when they came to the show.

The bags also served another purpose. In response to the attacks, security was heightened and people had to pass several security check points to enjoy the fashion show. The transparency of the bags meant that the security checks would be faster and smoother.

This first clear Hermès Kelly bag was 32cm and featured writings on the bag. On the tap it said “HERMES COLLECTION ETE 1996”, while the bottom spelled out “Kelly transparent (Special pour contrôle sécurité!)” in French and “See through Kelly (a special for security bag-checks!)” in English.

This transparent Kelly became so popular that Hermès decided to make a new version for their traveling exhibition and to celebrate the 160th birthday of Hermès.

From 1997 to 1999, Hermès held this traveling exhibition in Japan, called “Hermès Exhibition in the Wonderland”. Visitors of these exhibitions were able to buy the second version of the transparent Kelly and in 1998 an Orange Vinyl Kelly. Only a limited number of these bags were produced and they are extremely popular to this day. If one these Vinyl Kellys finds their way into the secondhand market, it is usually gone very fast.

The second version of the Vinyl Kelly bags had other lettering on them than the 1996 Vinyl Kelly. The top says “Souvenir de l’Exposition 199…”. Depending on the year of the exhibition, it said either 1997 or 1998. On the bottom half of both versions, it says “Un Voyage au Pays de Merveilles”, which translates to “A Trip to Wonderland”. You can find Gold hardware on both versions as well. Other than the 1996 Vinyl Kelly, the Kellys from the exhibitions are 40cm, instead of 32.

Hermès is well known for their engagement in raising social awareness. This special Kelly bag is a reminder to not forget the horrible things that happened in the past, but also to appreciate the beautiful things in life. 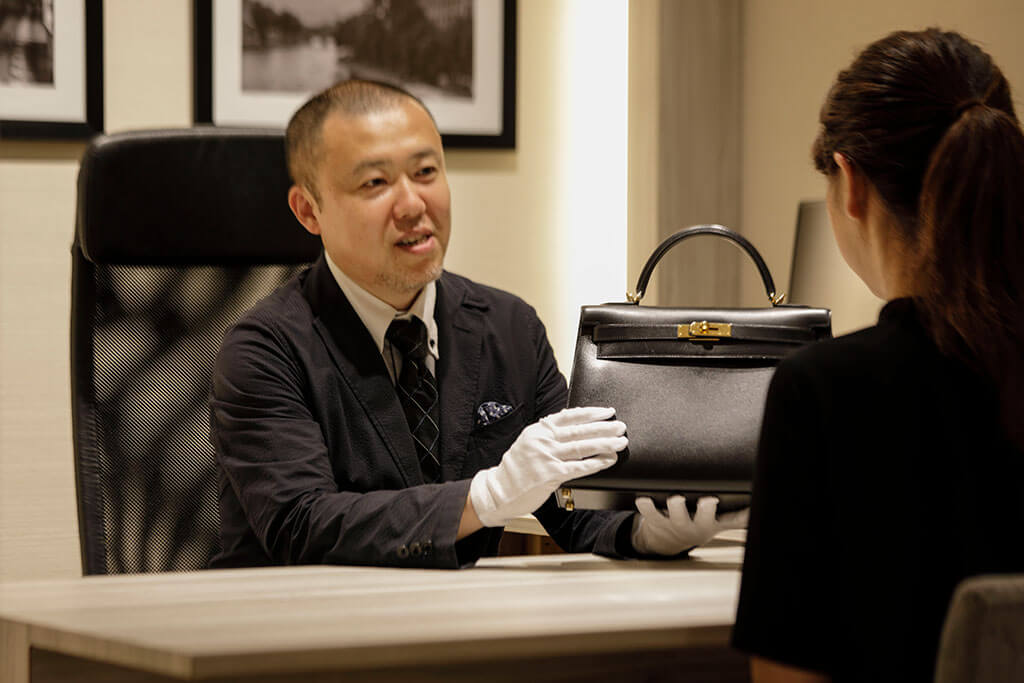 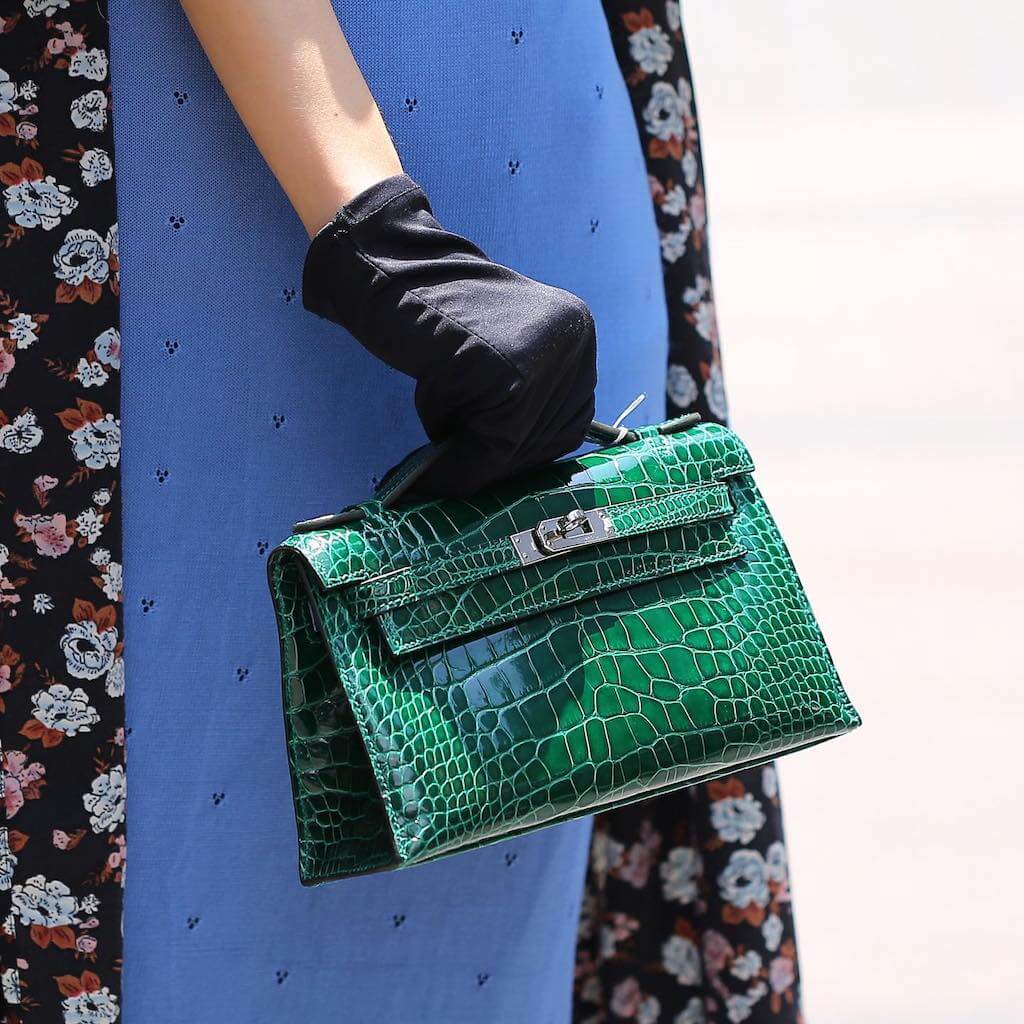 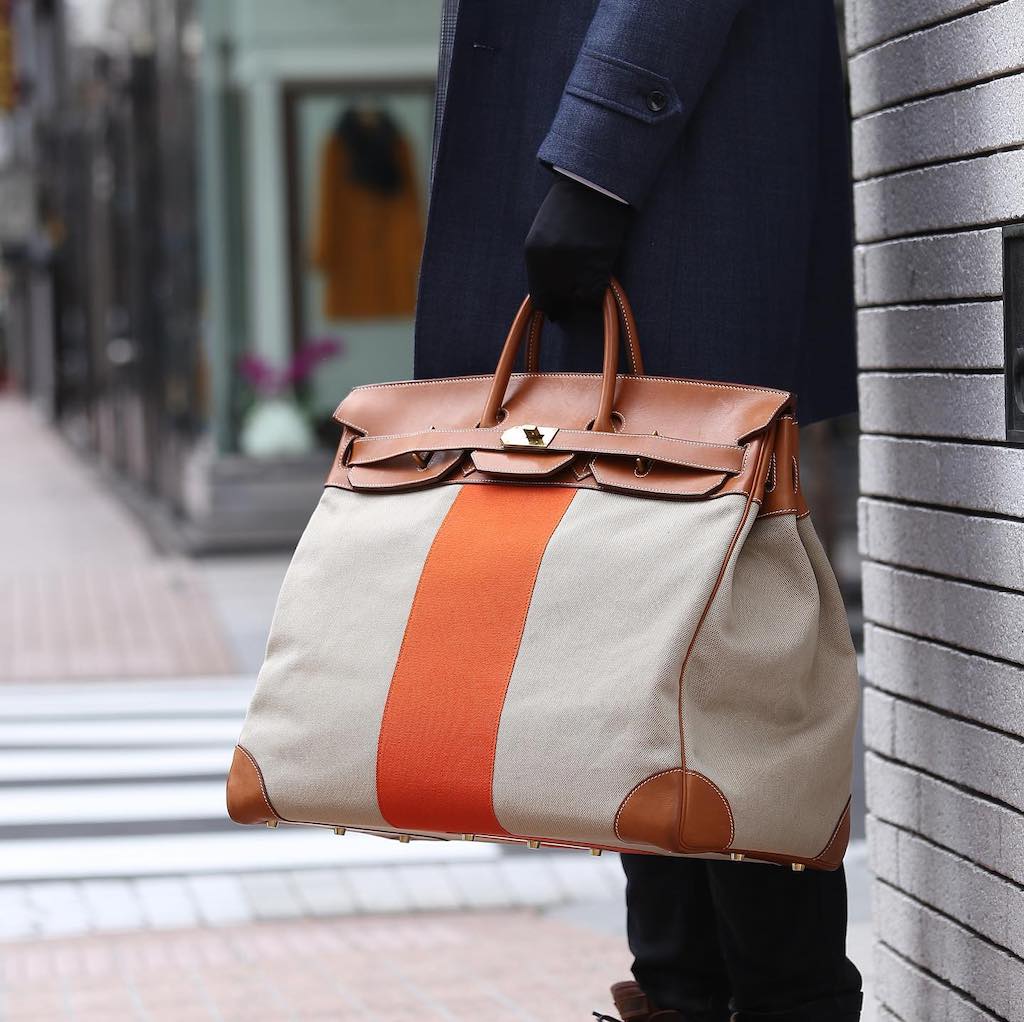